This past weekend we celebrated my squishy nugget, Will, turning the big 2!  This boy has the biggest heart…and stomach….he eats non-stop!  He is fearless, a total ham and keeps us laughing!  We could not love him more, and were excited to celebrate him with a little lumberjack bash! 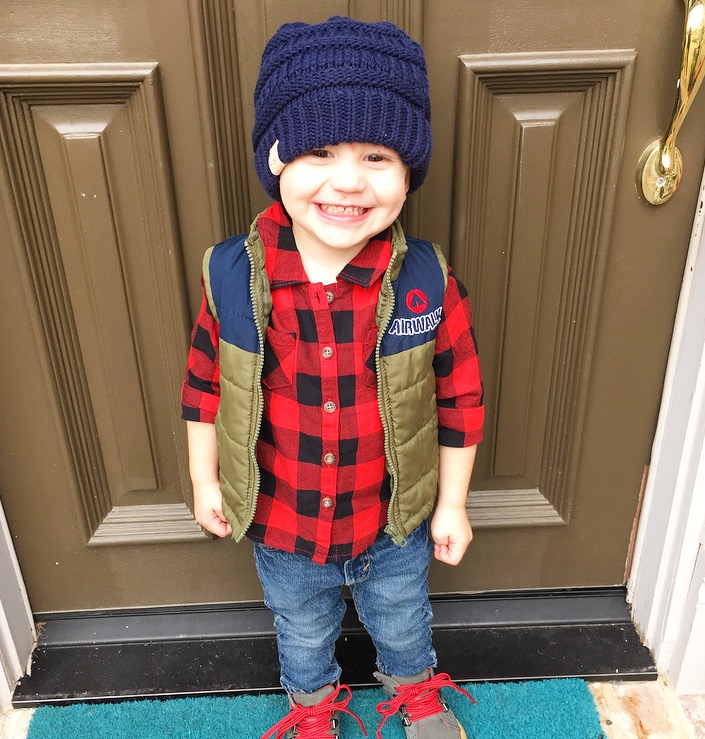 We had a family party this year where “Crisp Cutting Co.” served lunch to about 20 of our favorite plaid clad lumberjacks!

This theme was super fun, and a lot of Christmas décor just doubled as party decorations….score! 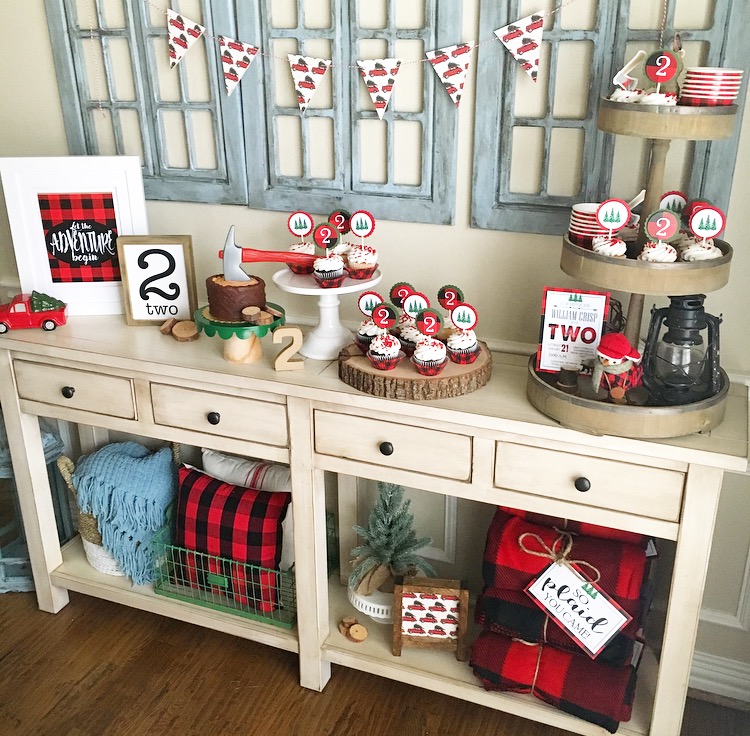 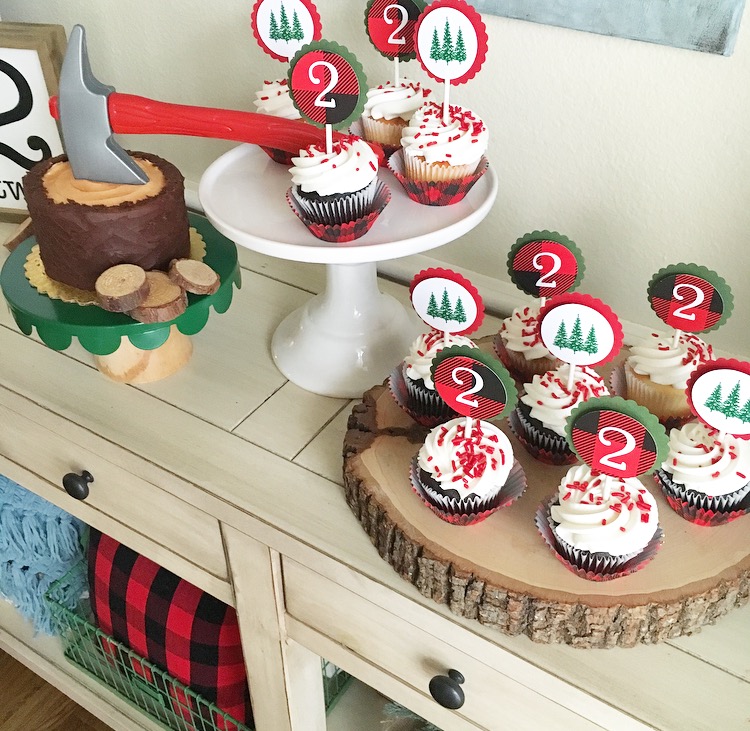 There have been parties where I have spent big bucks on fancy cakes, but this “stump” was from our local Market Street.  It was super yummy, only $8 and I used the axe from this fireman toy pack and stuck it on top!  I made the cupcake toppers and the buffalo plaid cupcake liners were from Hobby Lobby, which has a whole section of lumberjack/buffalo plaid party supplies right now!  Inexpensive, easy and fun! 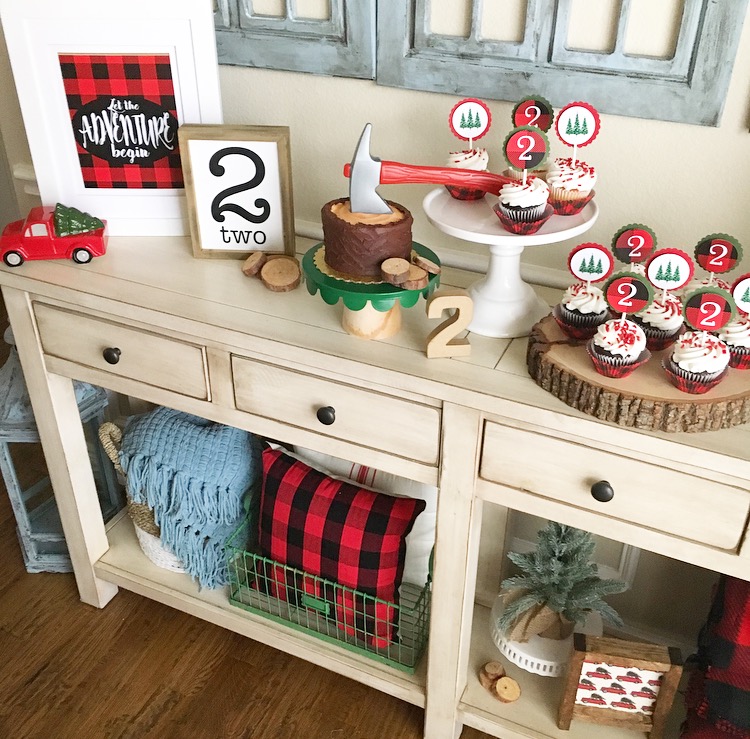 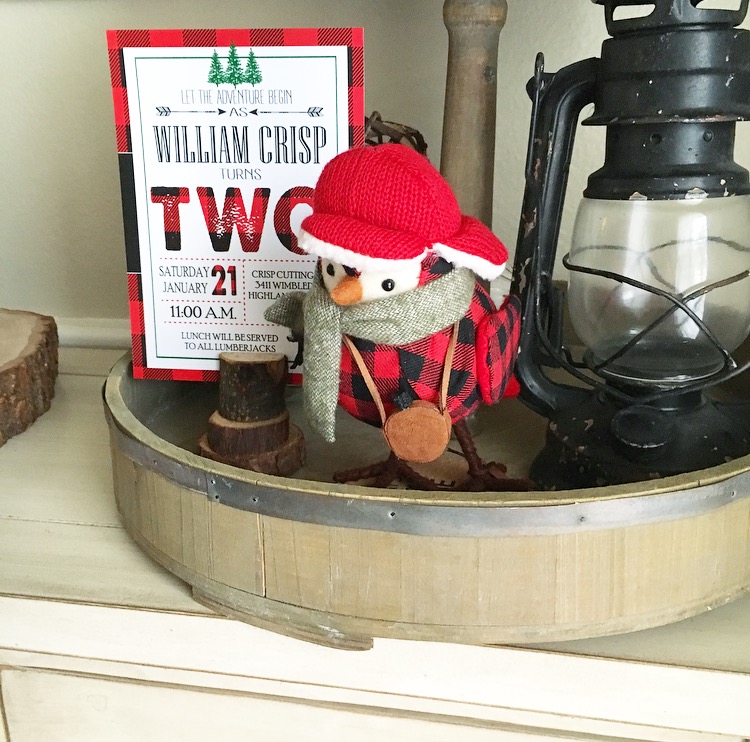 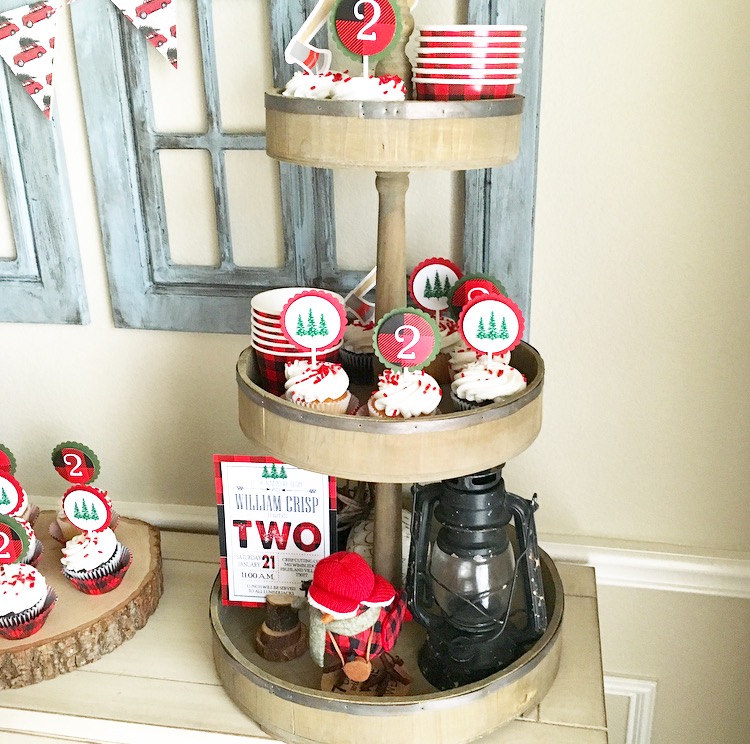 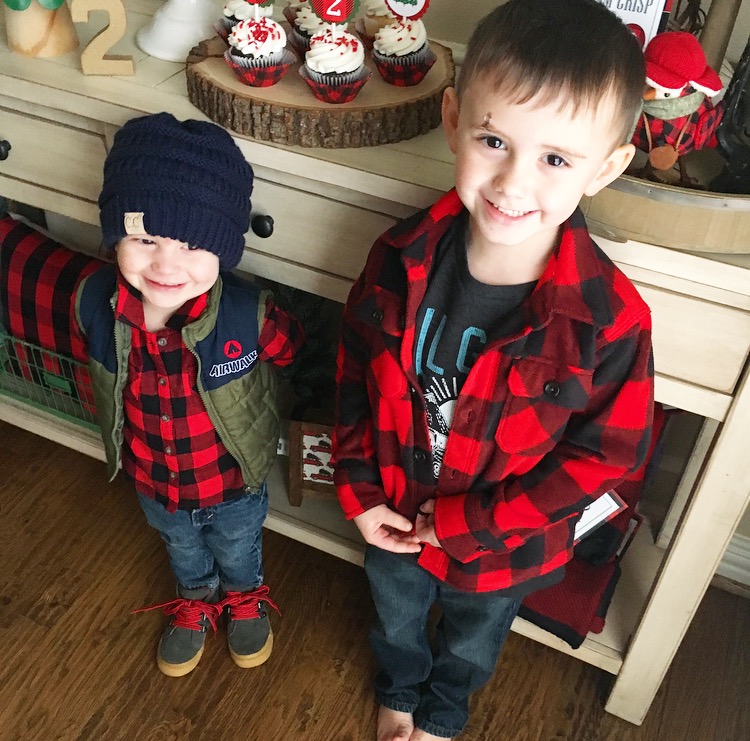 These 2 are trouble with a capital T…. 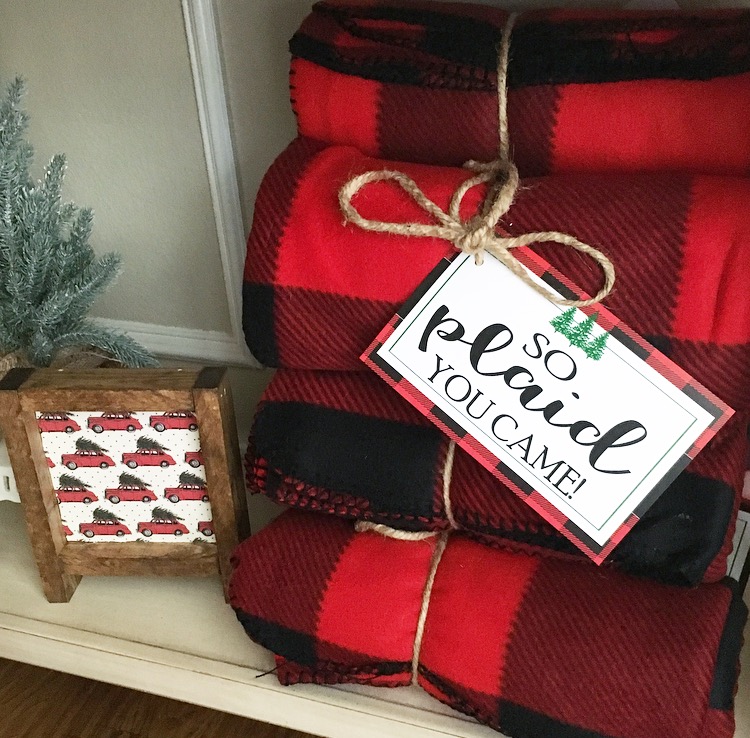 After Christmas Old Navy had these buffalo plaid fleece blankets marked waaaaay down, so I snagged enough for the party and attached these little cards. 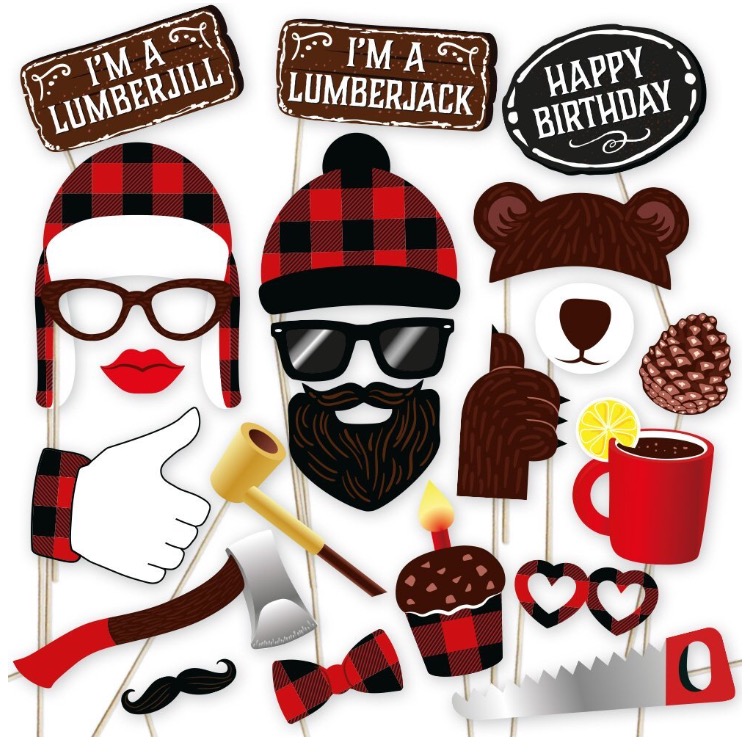 These photo props were a hit!  I scattered them on the tables and around the house and at any random time someone was posing with them!

Have you played Bean Boozled?  We played this at the party and were dying!  If you are unfamiliar you spin the wheel and it lands on a jelly bean color.  Then you pick that color from the box and it is either a yummy Jelly Belly flavor or something totally disgusting!  For example, white beans are either coconut or SPOILED MILK!  Pink is either strawberry or DEAD FISH!  Peach or BARF!  Buttered popcorn or ROTTEN EGG!  The list goes on…and y’all…I have no idea how they pack those FOUL flavors into that tiny bean, but the second your teeth break into it your mouth is filled with either sweet goodness or the MOST disgusting thing EVER! 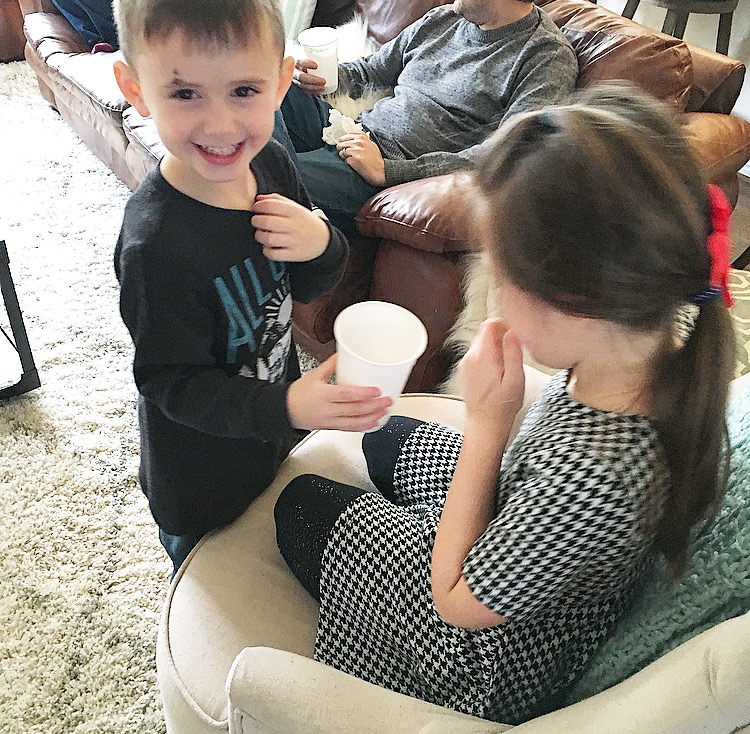 This is my 4 year old holding a spit cup for his cousin because if it was a bad one, chewing completely and swallowing just wasn’t an option!  I dared my brother to eat all the jelly beans in the cup at the end for $100 but he said he’d only do it for $1000…..we might revert back to being 12 when we’re together. Haha! Anyway, this game has nothing to do with lumberjacks, but it was definitely entertaining!! We had about 20 hungry lumberjacks to feed, and I was excited to have my in-laws staying with us to help with all the prep!  We were able to do most of the work the night before which made party day easy and stress-free!  This menu might be my favorite, and that’s saying something!  But honestly, every dish was SO good!  My hubby and father-in-law cooked 2 pork shoulders, and they were delicious! I will be sharing the recipe for this crockpot mac and cheese in a later post because it was SO easy, yummy and a crowd favorite, especially with the kids! I happen to love Brussel sprouts…I know not everyone’s a fan, but we needed some green!  These were just roasted with olive oil, salt, pepper and bacon. “Trees with Cheese” was a broccoli cheese casserole that was really yummy!  Recipe can be found here. 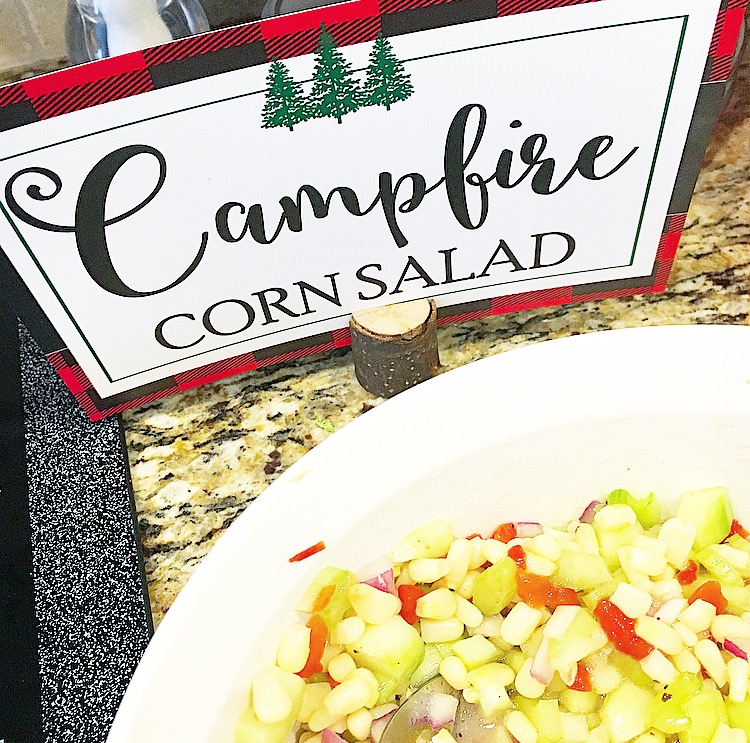 Campfire Corn Salad is my mother-in-law’s shoepeg corn salad!  Another easy, crowd-pleasing staple I will share in a later post! 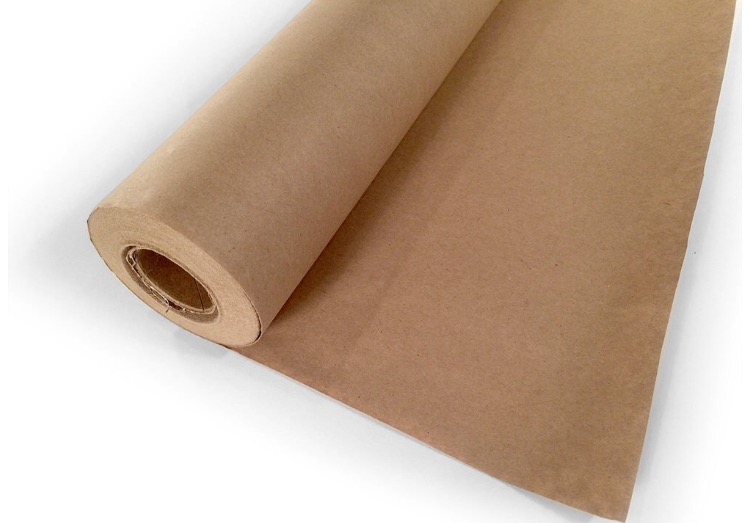 I covered the tables with white table cloths, this huge roll of paper and cute runners, which made clean-up super easy because the messy part (the paper) went straight in the trash! The kids also had fun coloring on it! Each year for his birthday I buy Will a book that goes with his party theme.  I write him a letter in the inside cover and put it away.  This year I bought, “The Giving Tree”…a stretch maybe, but there aren’t many lumberjack books!  Some day I will give him all these books….maybe when he has a child of his own?  I get emotional writing his letter, but it makes me stop and appreciate all the little things that make him so special in this moment in time.  The details I wrote just last year are all so different than my little guy today….sigh.

I made this print for the party and am sharing it if you would like to download it for your own lumberjack birthday, shower, or kid’s room.

All the party details are fun, but at the end of the day, the MOST fun was seeing Will have a blast, surrounded by the people that love him most!  I see you little 2 year old Will…. 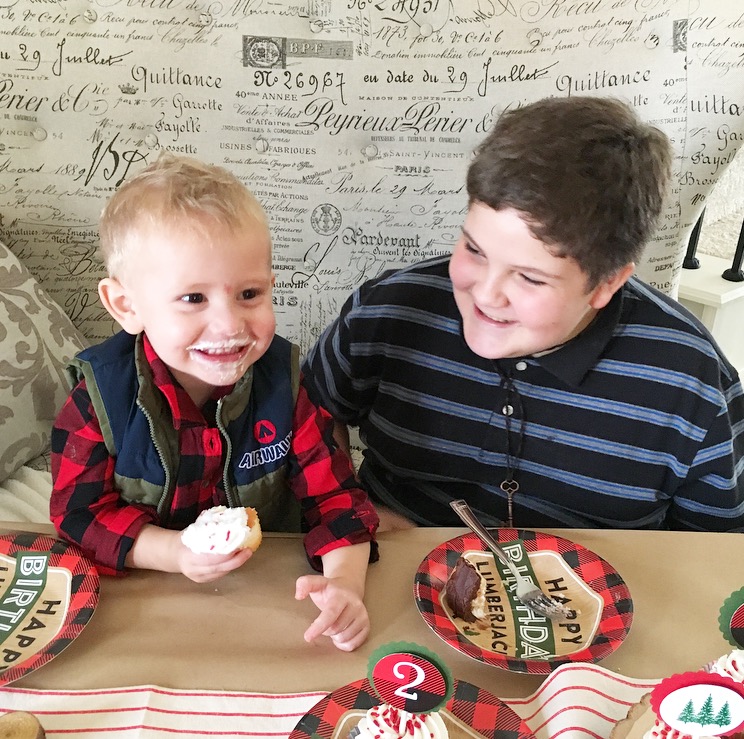 Happy Birthday Will!  We love you SO much! 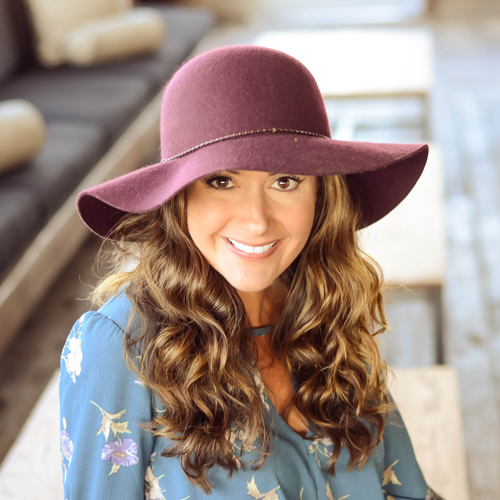 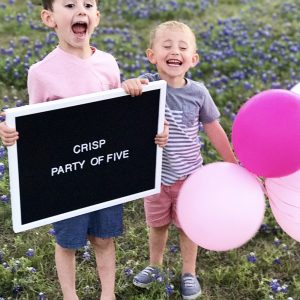 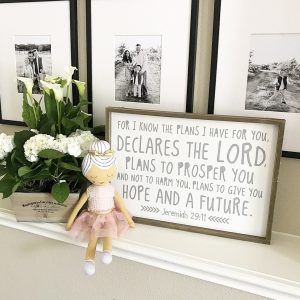 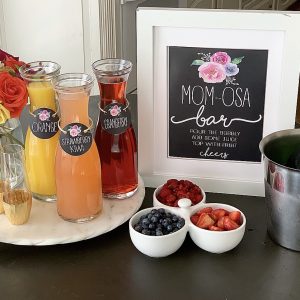